I ended my Spring 2018 road trip in Northwest Florida, near the Pensacola and the Alabama line.  It was a wonderful way to end the trip, but it’s a good thing I didn’t start there or I probably would have just spent the whole 12 days there.  I haven’t been to the Pensacola area in years and forgot just how much I love it.

We actually stayed in Alabama at the Lilian KOA, which is just over the state line.  It has beach access and you can see the one of the series of bridges going to Gulf Breeze. 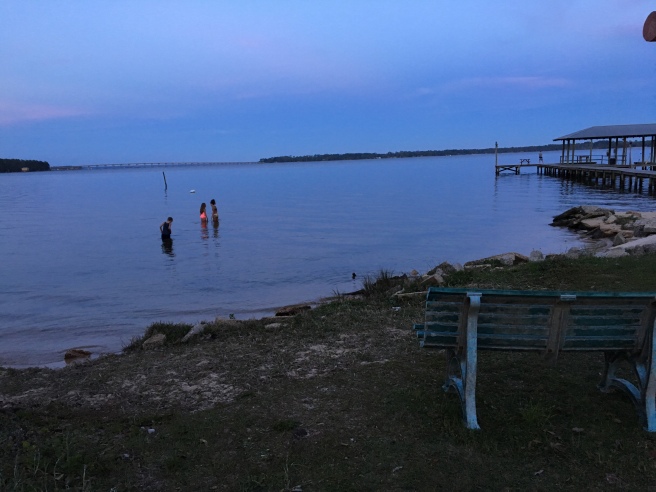 We got to the campground in time to enjoy the sunset on the water.  I don’t think Bella enjoyed it much though.  When we went out on the per, over the water, she followed the smells on the pier almost to the end before she looked around and realized she was surrounded by water, and she was not happy.  I made her take a picture before we went back but I am certain the look on her face says “just wait till you go to sleep.”

We really didn’t do much at this stop but relax, which was needed after the long trip.  She was much happier on this stop since it was warm.  We switched roles and I stayed inside in the shade and she laid outside in the sun.

It wouldn’t be a trip to Florida without visiting Gulf Breeze and Fort Pickins islands.  You can see all the progress being made on the new bridge to Gulf Breeze.

The classic signs were still there giving that flashback to my childhood of spending almost every summer and many Thanksgiving breaks here. 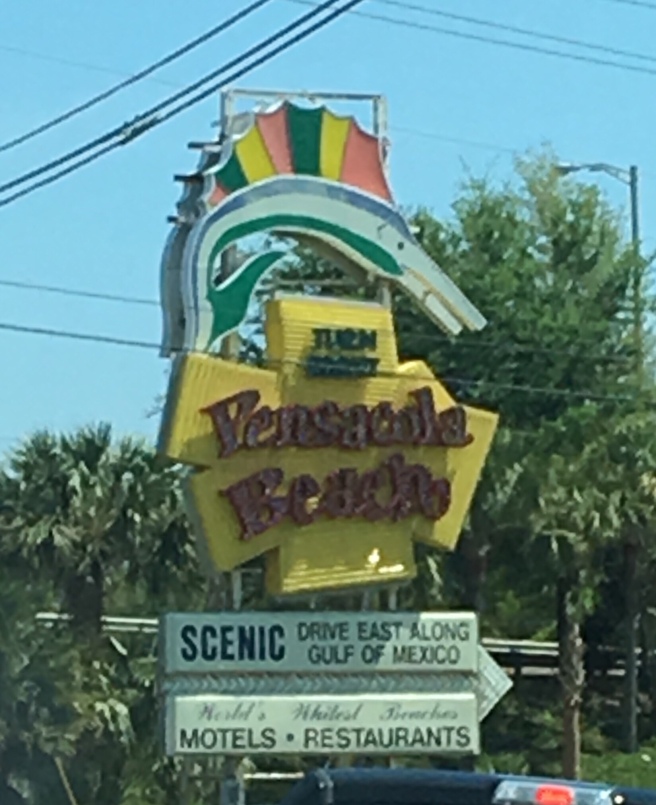 There actually aren’t a large number of pet friendly places in the Pensacola area, at least compared to Galveston and when we were in Georgia. We did find Red Fish, Blue Fish, which was a great place, right on the beach, to spend the afternoon. With tropical cocktails, of course. 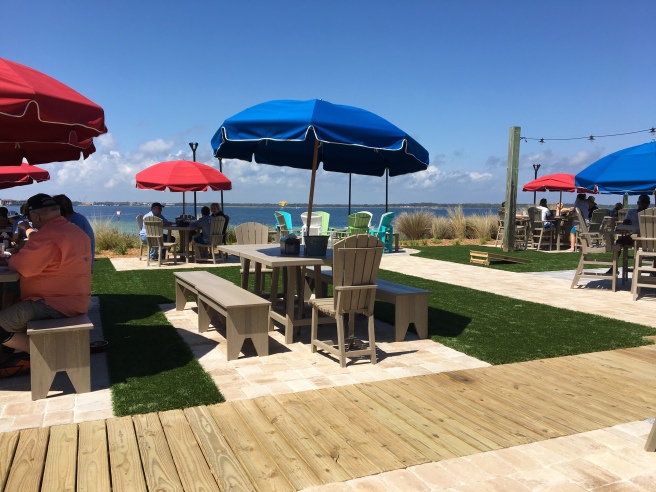 One disappointing thing I discovered is that the area has only a few designated beaches you can take dogs to.  Beach 21E was one of those beaches and is a few miles to the west once you get out on to Fort Pickens island.

As usual the beach was it’s signature, pristine white.  Bella was ok with the sand here and would walk out on it pretty easy.  She is not fond of the sand in Galveston, I think because it’s more damp and she is prissy when it comes to getting her delicate paws wet. 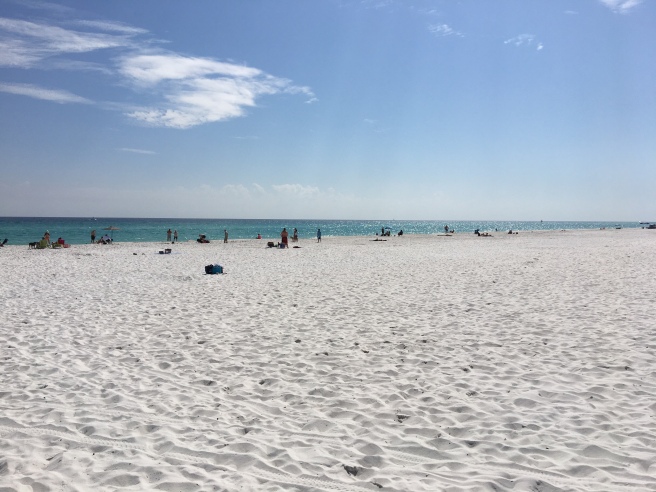 She still wouldn’t get close to the water.  I kept saying “let’s go see the water” and she would look at me like “I can see it find from here, thank you.”

Alas, the stay was too short to do much else, but now that I have the teardrop, hopefully I can make plans to go back more often for cheaper. 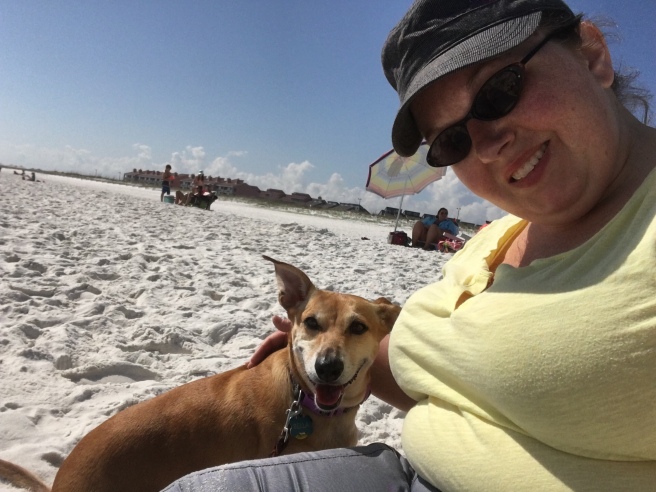