On my Southeast road trip in the spring I went through Tennessee. Although I discovered a lot of things I would like to do there in the future, like the Whiskey Trail, I only had 2 nights.

I made good use of my crockpot lunch and put soup in it before I left Arkansas and used my inverter to plug it in while I was going down the road. I can’t recommend these crock pots enough. I made lunch on the road my first day but it still took a lot of time to set up the kitchen and get everything out. With this I was able to stop, grab it from the back and get inside and eat.

I stayed 2 nights in Holenwald Tennessee at the Thousand Trails Natchez Trace RV Park. This campground is ok but not outstanding. Like other Thousand Trails there was a large number of permanent residents, but compared to the one at Point, Texas is was cleaner and better maintained. With all the residents the spaces with the best views were occupied.

I was able to get a view that I could partly see the water but the way it was set up the power and water hookups were very far from the site. The site was like a peninsula with huge drop offs so there was no way to move any closer. I was able to reach the power outlet but there was no way I was going to be able to set up my shower.

The biggest issue I had with this campground was the yelling. The “residents” were outside yelling and arguing at all hours of the day and night. Bella was annoyed by it as well. 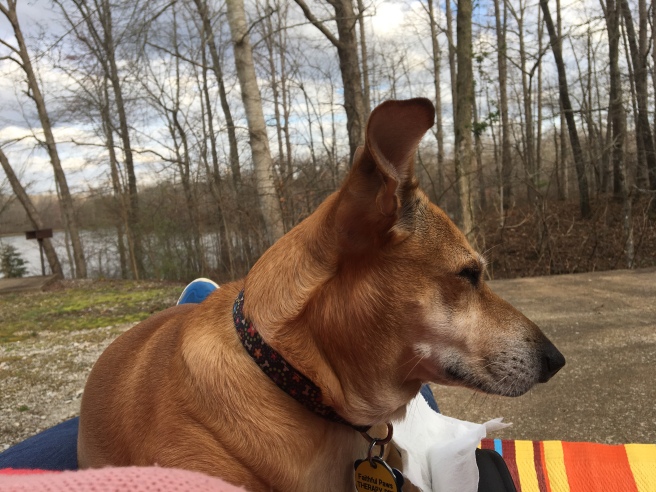 The most interesting thing to see if this part of Tennessee was definitely the large Amish community. I honestly had no idea there was such a large community here and it ended up taking an entire day, which was completely fine. I will preference this post by saying I have never visited an Amish community anywhere else, I only know about them from seeing them on TV, so I have no comparison of this experience. 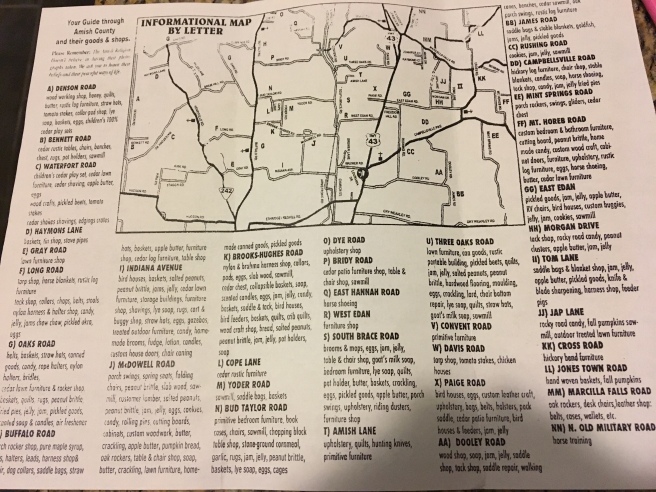 They also offer horse and wagon tours through the community that will take you to many of the places with the most variety of goods. I recommend this tour. The man who was leading my tour has been leading them for close to 20 years and is friends with most of the Amish families in the area. He is one of the few non-Amish people who have been invited into their houses, usually to show him when they have a new son. (No, not daughters, sons are the only ones worth showing off.) Because of this, he has a lot of insight into their way of life as well as the reasons behind many of their choices. 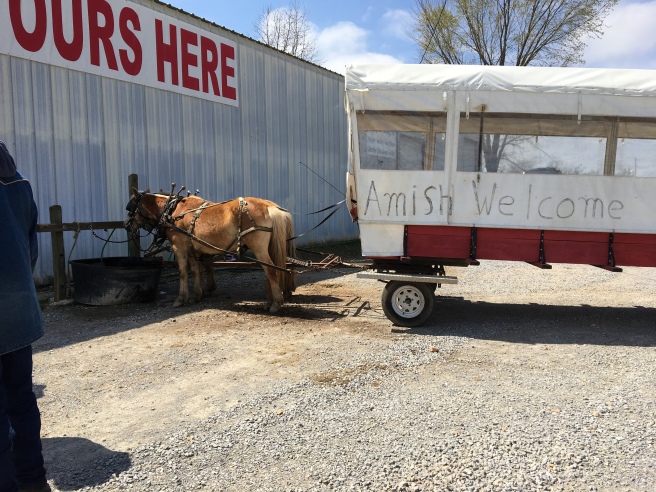 They ask that you be respectful of their community and not treat them like animals in a zoo, which means no pictures. So I was only able to get a few pictures of the farms at a distance. An interesting fact on their homes is that they are built in one to two days. When someone is ready to build a house they get all their materials together, a date is set and the whole community comes together to build it. Clearly no permits or inspections are involved, but I guess without indoor plumbing or electricity you don’t really need them. 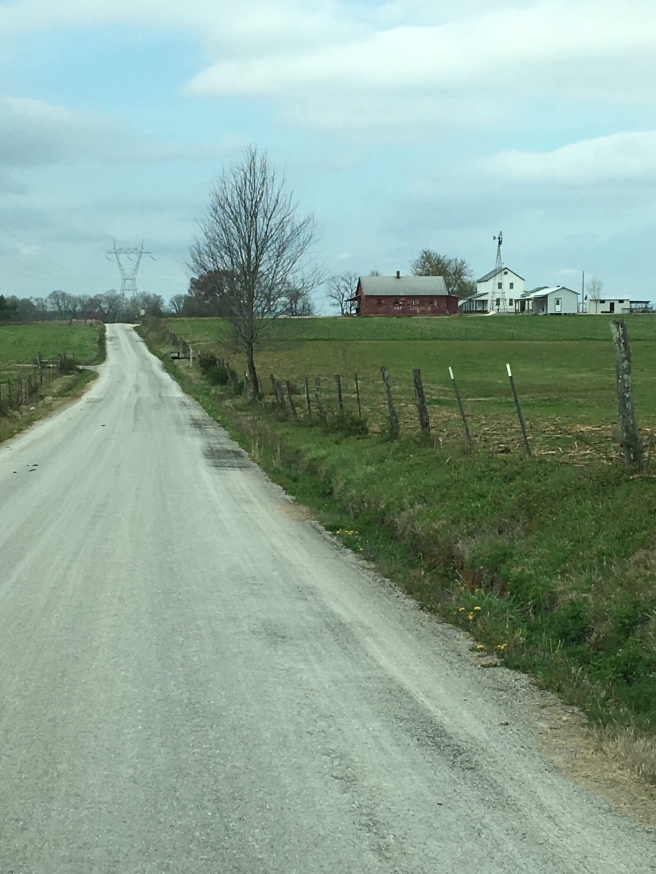 One of the most interesting things about the Amish community here is that they are not a secluded sect, but spread throughout the town. There were Amish farms right across from regular homes. They interact with the people of the town and do business with them. There was even a house that was renting out its land to an Amish family to farm. It was kind of strange to pass a house with cars and a satellite dish, with someone plowing the land in the yard with a mule.

They also make trips into the town regularly, do business with the regular stores and for serious illnesses will go to a doctor. They will even, on special occasions, go and eat at restaurants in town or go in and buy cold drinks on hot days. Always in a horse drawn buggy of course. I drove by many stores with horses and buggies tied up out front and many have hitching posts for them. 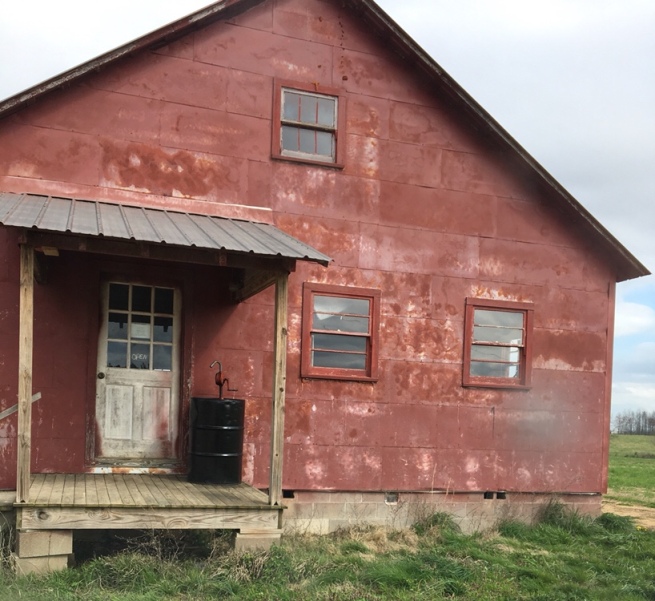 Even though they do not have phones they will ask people in the town to make calls for them. The funniest thing I observed was Amazon boxes at quite a few houses. The guide said that they buy the jars and plastic bags they use to sell their goods from them but not directly. They give the money to neighbors and ask them to buy them and have them delivered to their house.

Although the tour is recommended, you can just drive up at any house with a sign for goods in the driveway and buy. They have a large variety of goods for sale including bread, cookies, candy, jelly and jams, butters, furniture, fruits and vegetables, soap, candles, baskets, saddles, leatherwork and quilts. I went to a couple places after the tour and it was a surreal experience. Even though they interact with the outside world regularly their kids are still clearly scared of outsiders. The tour guide warned us about this and said it’s partly because they do not learn English until they are 12 and they only speak Pennsylvania Dutch at home. 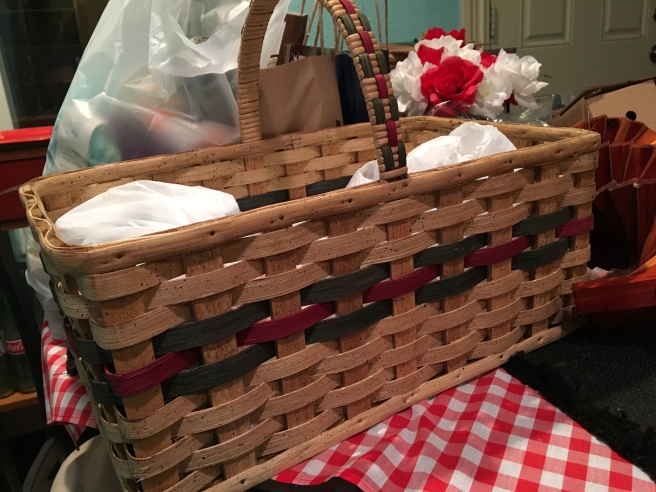 They do not believe in electricity or any comforts that make you “lazy” because you should be out working. This includes children, most of which were working in the garden or kitchen or watching the younger children when we were there. However they do have diesel engines to run things like washing machines, lathes and other machinery.

The majority of the goods they sell are actually made by their children. What they sell is usually practice work during their training for their future trade and many items are things that they would never keep because they have no practical function. It was all very inexpensive though, especially knowing it was all hand made. 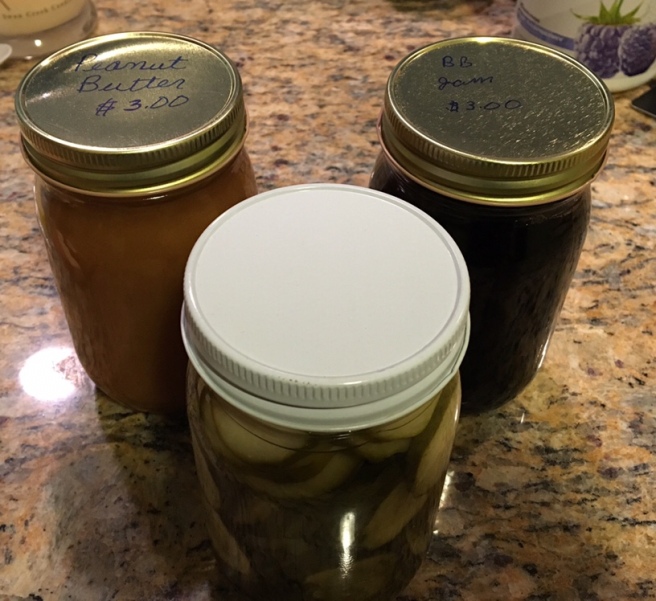 All members of the household are expected to work and contribute to family finances. Until a son is 21 all money he earns goes to his father and all of a daughters earnings until they are married. Although they do provide income with these goods this is not where they earn the majority of their money. In this particular community they are earning money buy selling tobacco. I asked the tour guide and he said they are indiscriminate about who they sell the tobacco to, as long as the price is right. With this money they have been buying up large plots of land in this area of Tennessee. As farmers children decide to go to college or make other choices and the parents can no longer work the farm, the Amish are buying up these farms. They are considered the fastest growing demographic in Southwest Tennessee.

After a while on the tour I was no longer allowed to answer questions. The tour is clearly aimed at people who did not grow up in the country and they use some shock and awe in explaining how they do things without electricity. So when it came to things like using pressure cookers for canning I was ruining his stories by knowing how it was all done. He did laugh about it though and told me it was clear I wasn’t from the city.

One of the most disturbing aspects of their community for me was education. They only go to the 8th grade and even then it’s part time, in that work always comes first. They don’t believe in reading anything other than the Bible and only need enough science to farm and take care of animals. Since they are buying large plots of land some people among them are clearly good at math but that was not the case with the ones we dealt with on purchases. They were having a hard time adding up the total due and figuring out change and in most cases they had to write it down to add up small amounts like $12-$15 dollars and to make change from a $20 bill. 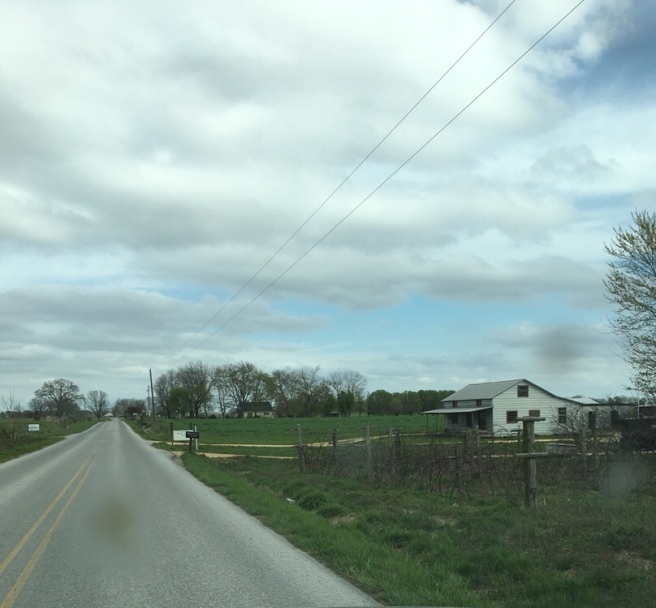 Even after an entire afternoon going from farm to farm and seeing this I was still completely freaked out when I met a horse am buggy at an intersection on the way back to the campground.

Now that I have experienced their way of life here I am very interested to visit other communities to see and compare how they live. And to buy more stuff of course because I’m always a sucker for some homemade jelly or soaps.