In preparation for my upcoming trip to the Colorado River in Columbus, TX I have been making some final additions and modifications. Well, final for a while. I do have some things I would like to do in the long term, like solar panels, but these should have me set for functionality for a while.

One thing I had to have after the Texas Tiny Trailer Rally was the Jack-It bike rack. I had been trying to figure out an easy way to carry a bike because I mean, you need a bike at a campground, it’s part of the essentials. However figuring out how to carry one was a challenge. There’s no way mount a bike rack on the back of the T@G and use the kitchen and I couldn’t put a bike in the Escape and have any room for anything else. I could have done a roof rack on either one but realistically, a short person, camping alone, that wasn’t an option. So when I found the Jack It that mounts on the tongue of the trailer, it was perfect. 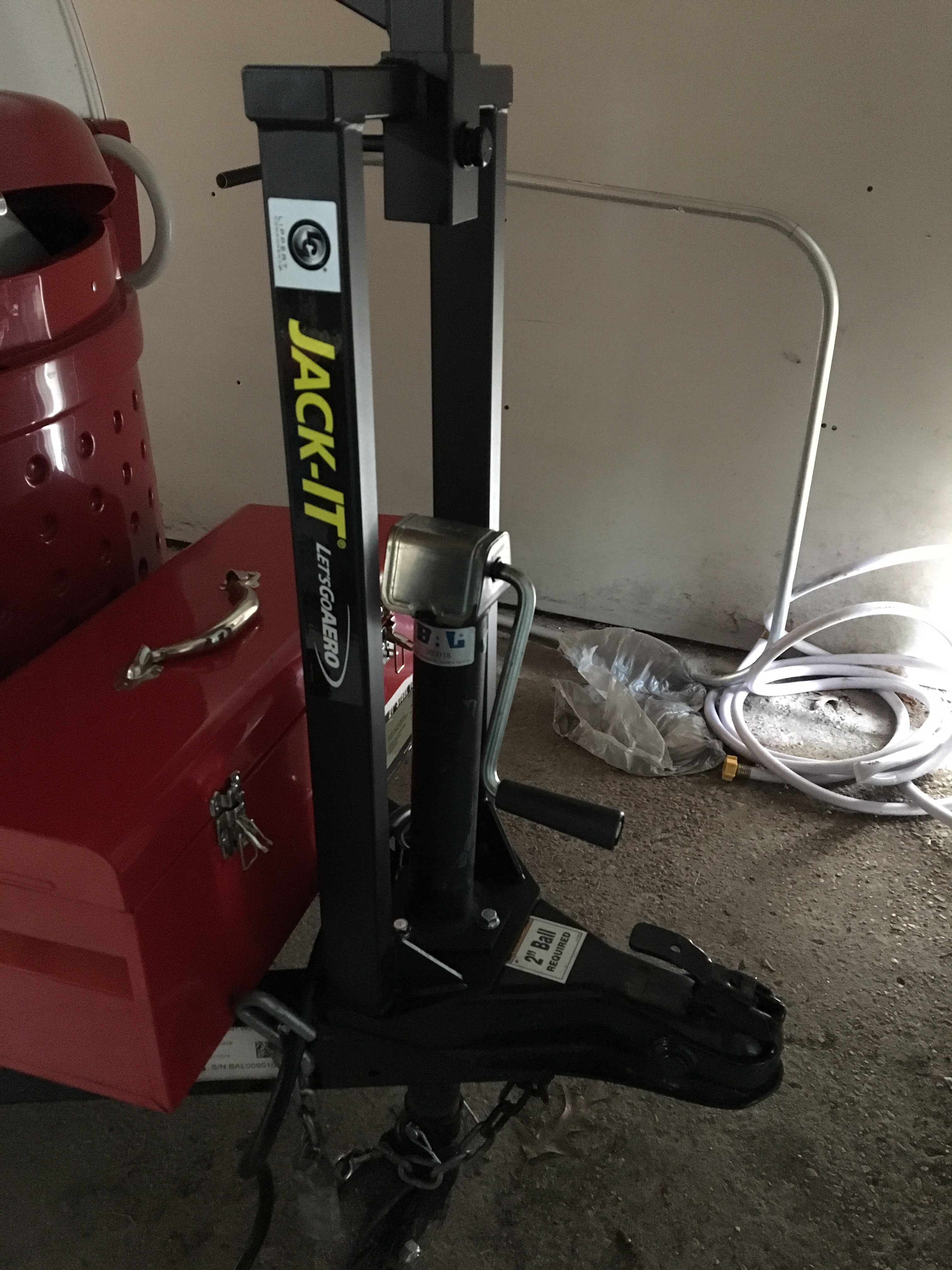 I have also made some additions to hopefully keep the inside of the camper cleaner. I know that it’s camping and things won’t ever be completely sanitary, but I can make an effort to keep things somewhat clean. To that end I took a page from large RV owners and decided to make some use of PVC pipe. I have seen PVC used a lot under RVs for storing things like sewer lines and thought I could make use of them too. I decided to try to use them for water hoses and the electrical cord instead of fighting to get them into bags or wrapped in a tarp before putting them in the camper.

I went with 4″ diameter PVC so they won’t hang lower than the axle and mounted one on either side of the axle. This way they will be close the fulcrum point of any tipping that will occur and keep them from getting hit and damaged. Happy accident, PVC pipe comes in 5ft lengths, which is the width of the T@G I have so I didn’t have to cut any of it.

If you decide to add these on your T@G, the main thing you will need is patience and if you have a way to raise the camper to add them, I definitely recommend it. I did not and had to do them under it on the garage floor, which can cause some powerful claustrophobia. I did have a lot of help though, as much as being licked in the face and hit by a tail can help.

To make the PVC useful I put end caps on one end and glued threaded connections on the other, then I used a standard plumbing plug to close them. 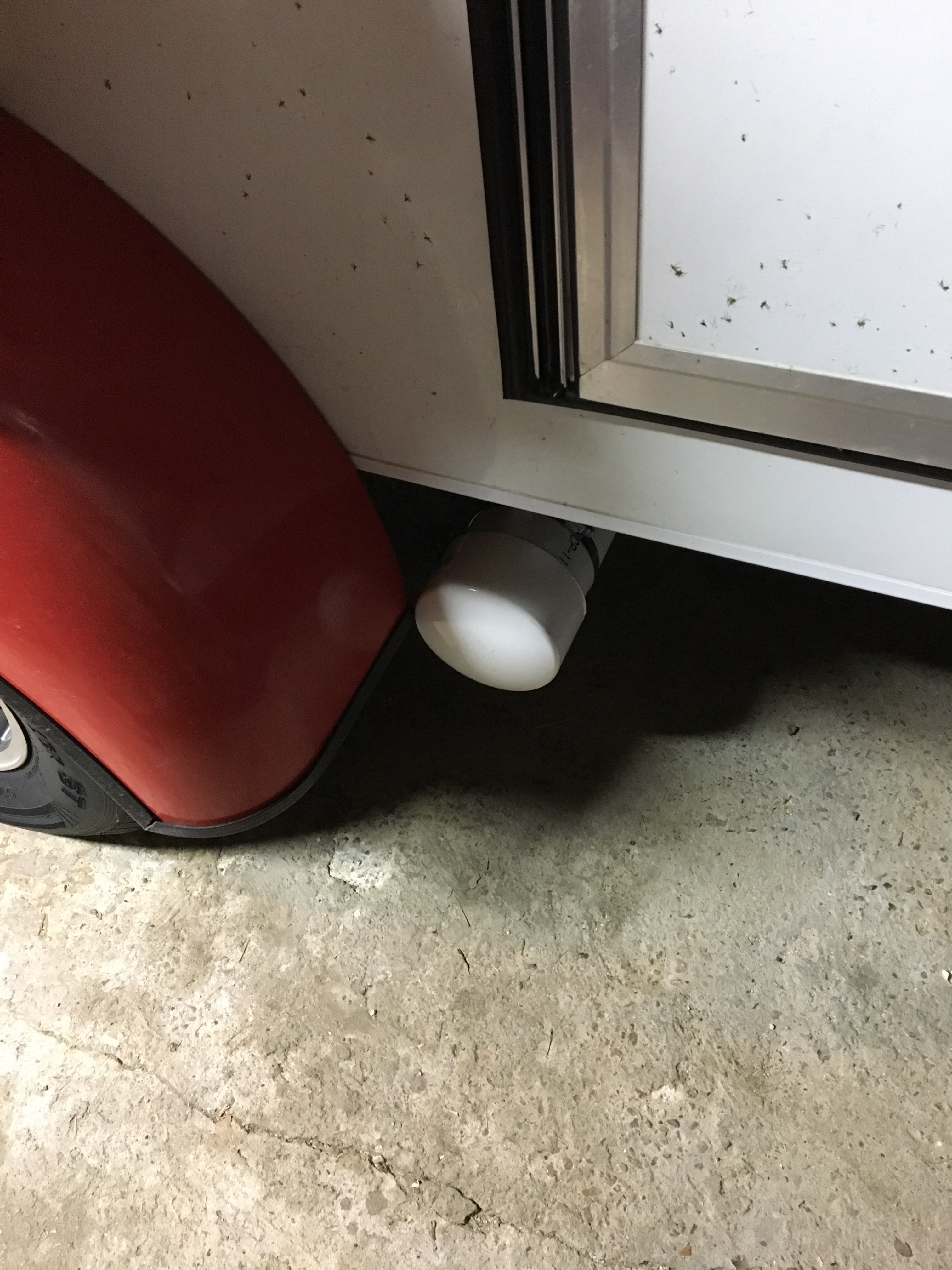 I can fit two 10 foot water hoses in one length, which is all I need.

I mounted them using metal strapping and conduit clamps. I ran the strapping between the frame and body used it to hold the clamps. I bolted the strapping together on the back, inside the frame. Note, that if you do this, you have to be careful of the wires and hoses run inside the frame. Using the standard holes in the banding it was a little loose so I filled the space with some rubber to keep the pipe from swinging.

If you have boobs, getting the back, close to the stabilizers is a challenge. 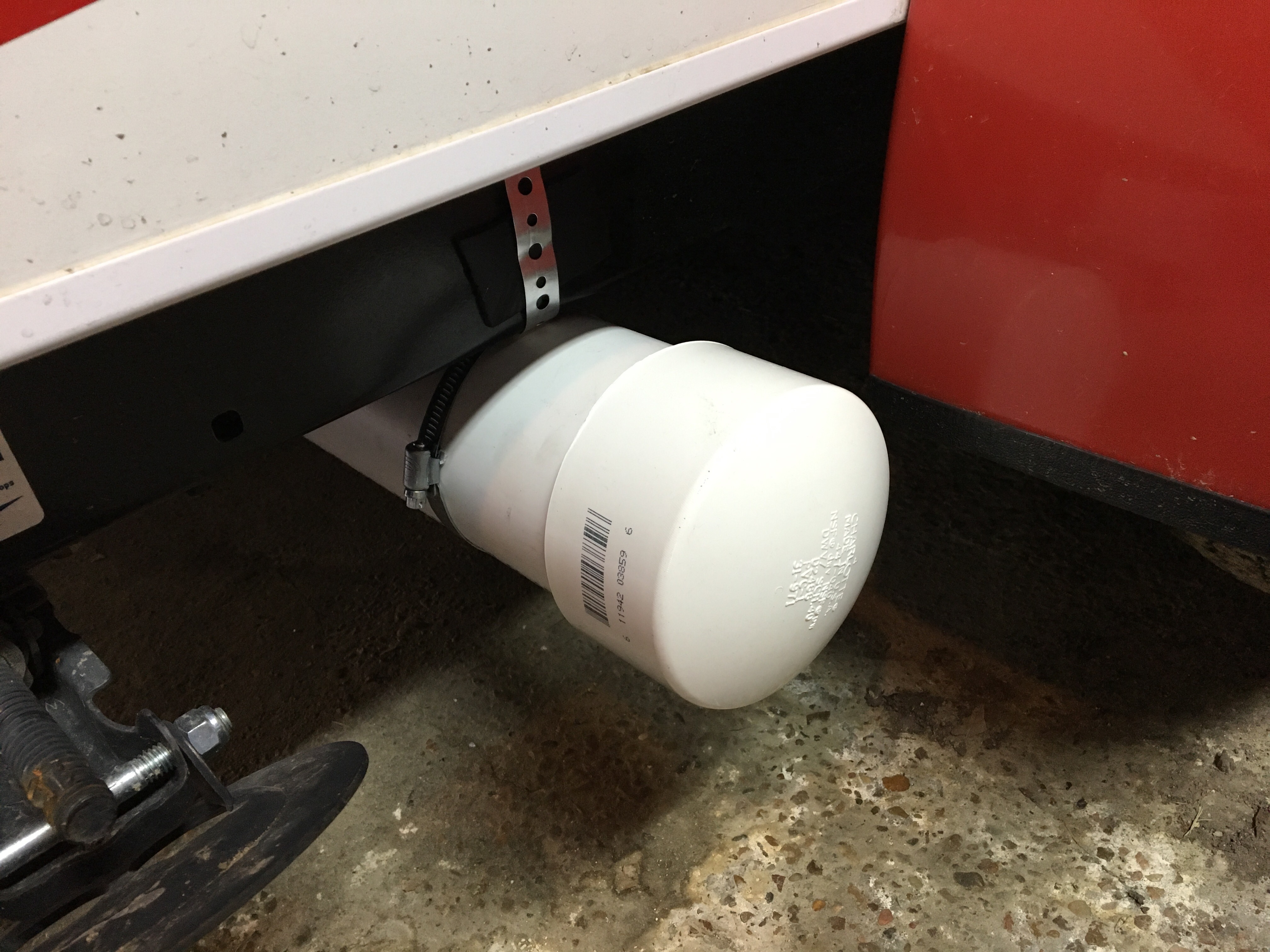 While I was adding the PVC for storage I also added two 2″ pipes on the front, between the camper and the gas and battery cover.

They fit perfectly so that they don’t need to be bolted down.

These will be used to carry fishing poles and the visor and tension pole for the visor.

These pipes also provided me a way to mount the shower curtain rod so it doesn’t have to ride in the truck. I added straps with Velcro to the pipes to secure it at the bottom.

I used straps to tie the curtain rod to the front handles of the T@G to secure it at the top. 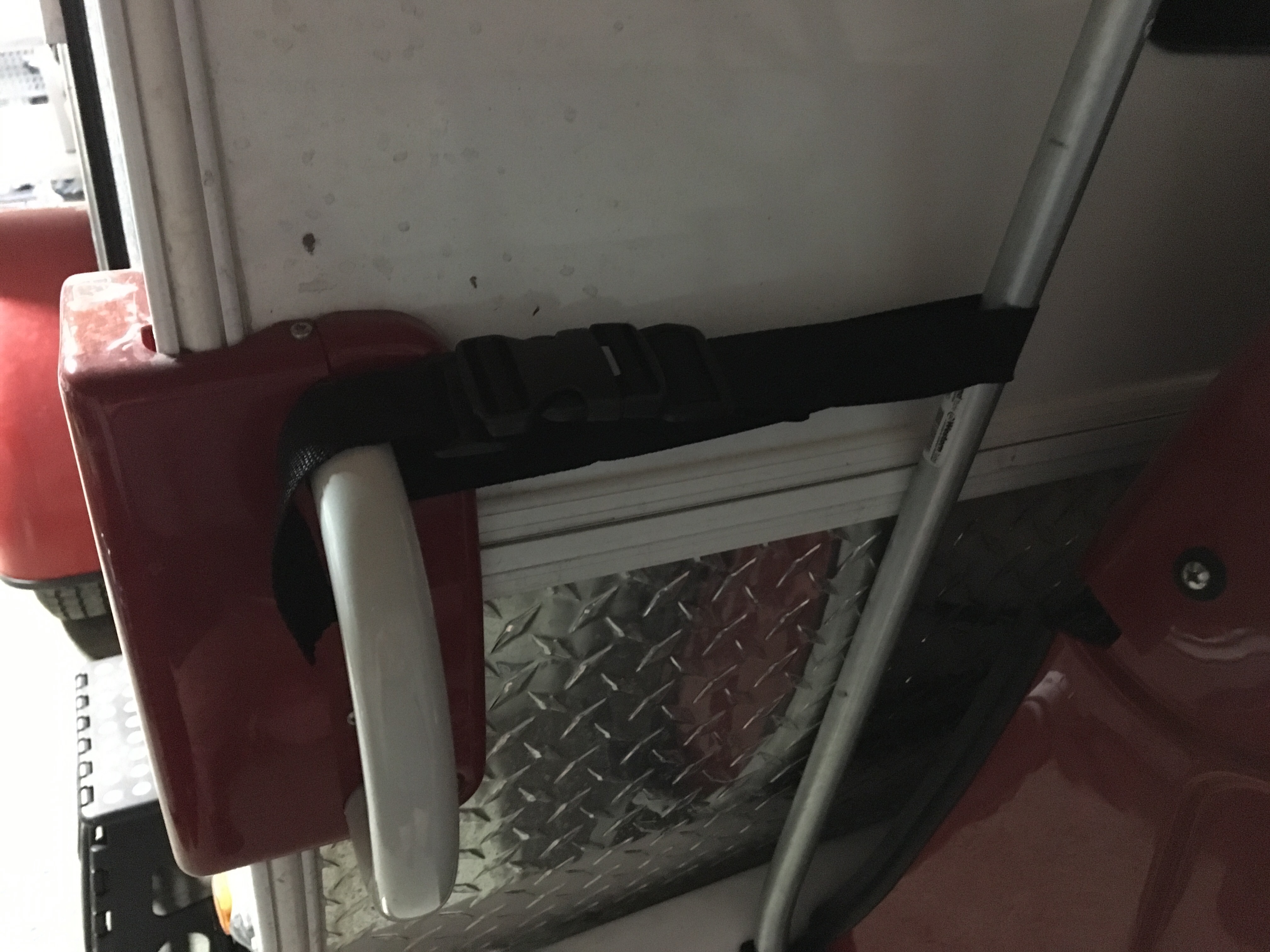 Hopefully these will get my setup and tear down to the speed and level of ease I have been looking for.